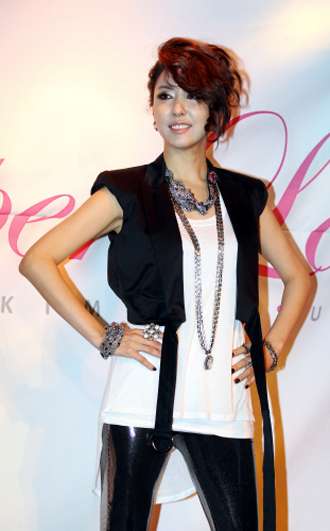 Singer Kim Wan-sun has been cast to play one of the leading characters in the sequel musical to “Roly Poly.” “Roly Poly 2” will be Kim’s first musical since she made her debut as a singer 26 years ago.

According to Kim’s agency on March 20, the 42-year-old entertainer will play a middle-aged character named Hyun-joo, who was played by singer Jang Hye-jin in the first musical.

Although she will take over a character formerly played by another singer, Kim will bring her own color to the show, according to Culture Act Production.

“We are creating a new story for the sequel, and we will aim to optimize the bits that the audience liked from the original and add a new dimension to Kim’s character,” the production agency said.

The original musical “Roly Poly” was based on girl group T-ara’s song by the same title. The plot of the first musical revolves around friendship and the memories of a group of female high school friends from the 1980s.

Jiyeon, Soyeon and Hyomin from the girl band currently star in the first edition and will continue to take center stage in the sequel. Eunjung will join her fellow band members in the sequel, which is due to open in early June.