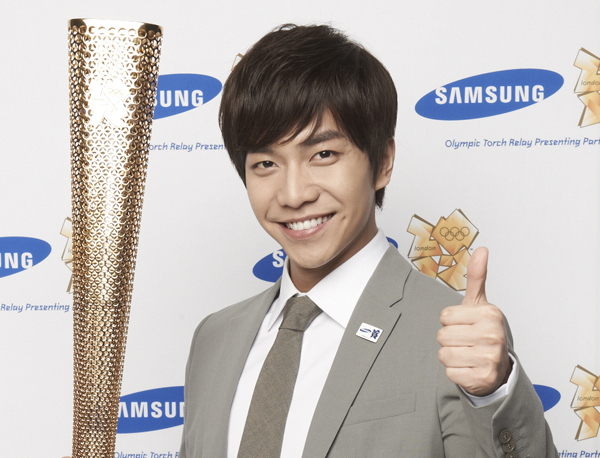 
Entertainer Lee Seung-gi will carry the Olympic torch at the Games in London this year.
The announcement was made by Samsung Electronics, the Games’ official sponsor, on March 20.
“Lee Seung-gi is a well-rounded entertainer who is as popular with young people as he is with the elderly,” a representative from Samsung Electronics said. “In addition to his being a talented Hallyu star, Lee’s dedication to humanitarian work impressed us.”
Lee is already a model for the electronics brand, having been the face of its refrigerators for four years.
Leading up to the Games’ opening ceremony on July 27, Lee will travel to London in the third week of June to take part in the torch relay, consisting of 8,000 participants from all over the world.
“I’m stoked to represent Korea as a torch bearer and even more so to become the first Samsung model to do so,” Lee said.
Last year, Lee was voted as Korea’s favorite commercial models based on a survey by the Korea Broadcast Advertising Corporation.