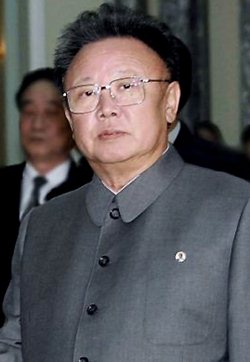 North Korea invited UN atomic inspectors to monitor its uranium enrichment facility in Yongbyon, as agreed with the U.S. last month in a deal for food aid, three years after it expelled them from its plutonium nuclear weapons facilities.

North Korean Vice Foreign Minister Ri Yong-ho told reporters in Beijing Monday that Pyongyang sent an invitation to the International Atomic Energy Agency as it promised the U.S. in exchange for 240,000 metric tons of food aid.

“We are in a position to implement the Feb. 29 DPRK-U.S. agreement to the end,” Ri told reporters. “In order to do that, we already invited IAEA monitoring delegates to our country.”

North Korea clearly wants the U.S. deal to go through despite its announcement of a planned satellite launch in April, which the international community sees as a disguised test of a long-range missile. 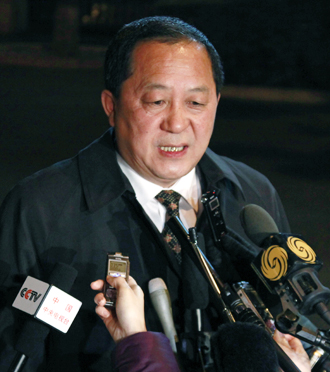 On Sunday, Washington called the supposed satellite launch “a deal breaker” for the February agreement.

On Monday in Washington, U.S. State Department spokeswoman Victoria Nuland welcomed the invitation to the IAEA but reiterated the Obama administration’s condemnation of the planned satellite launch.

“Obviously there’s benefit for any access that the IAEA can get,” she said. “But it doesn’t change the fact that we would consider a satellite launch a violation not only for their U.N. obligations but of the commitments they made to us.”

“The bilateral agreement with the United States is one thing, and the liftoff of the satellite Kwangmyongsong-3 is a different matter,” Ri said.

Arguing that a satellite launch is part of peaceful development of space, Ri warned, “If anyone applies a double standard to us or illicitly tries to violate our right of autonomy, we can’t help but respond to it.”

“In reality, it’s impossible for North Korea to obtain its two biggest goals: a satellite launch and food aid,” Cheong Seong-chang, senior fellow at the Sejong Institute, told the Korea JoongAng Daily. “If the North really needs the food aid, it should have delayed the long-range rocket launch.”

It is a misstep too, Cheong said. “If the late leader Kim Jong-il were alive, he wouldn’t have done it like this,” he said. “This double strategy shows how immature [current leader] Kim Jong-un’s diplomacy is.”

Yun Duk-min, a professor at the state-run Institute of Foreign Affairs and National Security, told the Korea JoongAng Daily that the invitation to the IAEA inspectors to the Yongbyon facility is just for show, implying that the North must have another, more serious facility for enriching uranium.

“The Yongbyon uranium enrichment facility is just for display, and it’s not for an actual operation,” Yun said.