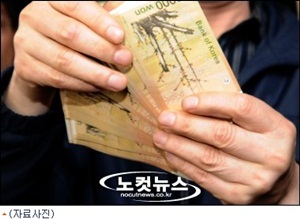 According to the Ministry of Health and Welfare, from April, only 10 percent of a rental deposit increase will be reflected when calculating monthly health insurance premiums for those with regional health insurance policies.

Until now, tenants have been paying health insurance fees in proportion to their rental deposits without any upper limit, which has caused them strain as rental deposits surge nationwide.

A freelance event coordinator surnamed Kim, for example, paid around 60,000 won ($53) every month as his health insurance premium was calculated based on his monthly income and assets.

His insurance premium, however, jumped 12,000 won to 72,000 won last month when he re-signed his jeonse contract with a 30 million won increase in key deposit from 100 million won to 130 million won.

The reason for the insurance premium hike was because his assets - which include his jeonse deposit - increased as well. With the change in the law, however, only 10 percent of the deposit hike will be reflected as a hike in the health insurance premium calculation.

“Jeonse and wolse deposits have skyrocketed as of late and tenants’ health insurance fees have also increased, which led us to improve the procedural standards of calculating health insurance premiums,” said Park Min-soo, an official from the health and welfare ministry.