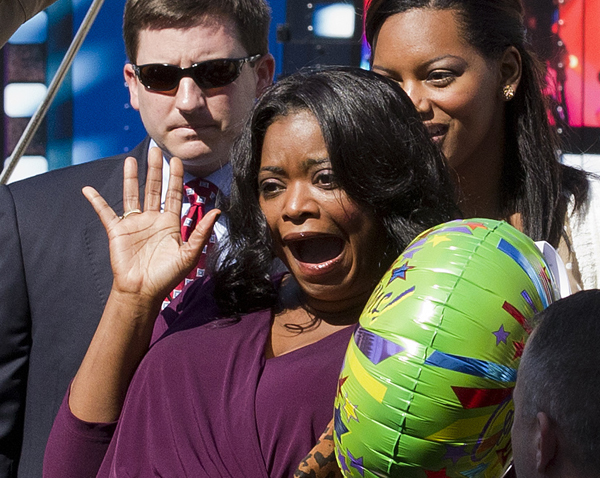 
MONTGOMERY, Alabama - Oscar-winning actress Octavia Spencer is being honored at the Alabama Statehouse, where about 400 people turned out to welcome her.

Spencer won this year’s best supporting actress Oscar for her performance as a maid in “The Help.”

She rode up to the Statehouse in a pink limousine for the Wednesday ceremony. As she stepped out, she was serenaded by the band from her alma mater, Jefferson Davis High School.

A Montgomery native, Spencer told the crowd that she would do whatever she could to see that more movies are made in Alabama. She also cautioned young people in the audience to think twice before heading to Hollywood to become a movie star. AP