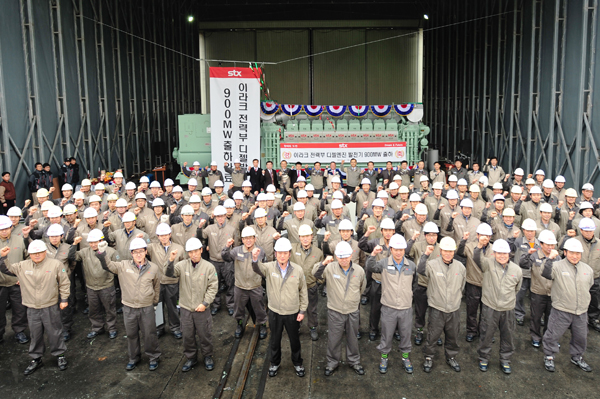 STX Engine is having a ceremony celebrating the completion of a 900MW diesel plant power generator for Iraq in the Gyeongnam Changwon factory on Jan. 19.


With the management philosophy “realizing dreams overseas,” STX Group is achieving 90 percent of its sales in the overseas market. STX is involved in four major industry fields (shipping machinery, maritime trade, plant engineering and energy resources) and is operating 170 overseas offices and foreign branches in addition to local business sites. Through these offices and sites it is conducting global business to become the “world’s best company.”

STX is a global total shipbuilding group, the only shipping company that can construct all kinds of ships. In 2009, it established three major global production networks connecting Korea, China and Europe and has become the one and only global total shipbuilding group in the world that can construct cruise ship, maritime plant ships and warships. STX with STX Offshore and Shipbuilding in the center is working to maximize the global production synergy of STX Europe and STX Dalian and at the same time, diversifying its portfolio into large cruise ships, maritime support ships, warships, multipurpose ships and high value-added ships and improving its competitiveness.

In the Middle East and global market, the company is promoting large-scale plants and engineering projects. STX Group’s global management is already distinguishing itself in the plant and construction field. It is showing particularly good results in the Middle East and new rising markets, which the STX Group has been preparing for a long time as the future driving force. At the end of last year, STX Group started large-scale diesel power plant construction in Iraq. This project is the first phase of construction of the diesel power plant construction that STX Heavy Industries received from the Ministry of Electricity, a 3 trillion won ($2.64 billion) project for a 2500 MW power plant. The power plant will be constructed in three regions and is expected to be finished by June 2012. 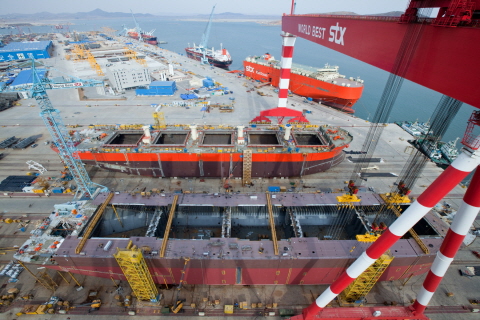 An STX executive commented, “By strengthening the ability of our 170 global networks around the world and maximizing the synergy between subsidiaries, we will become a global company representing Korea. In addition to the stable growth of the current business and with the future developing business, we will achieve 120 trillion won of sales in 2020.”