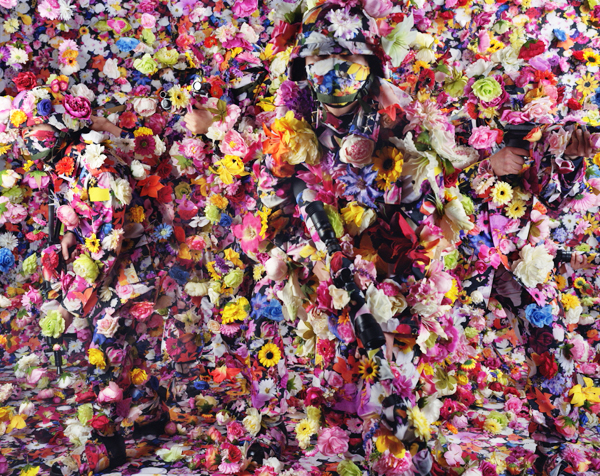 
A series of works asking viewers to reflect on the value of nuclear energy and weapons is currently on display in an exhibition created for the ongoing 2012 Seoul Nuclear Security Summit.

The exhibition, “Art Project 2012: Communion,” organized by Korea’s National Museum of Contemporary Art, features 30 works by 10 artists - seven from Korea and three from Japan. It started on Sunday and continues through tomorrow.

The works on display represent a range of genres, including painting, sculpture, embroidery, photography, new media art and installation art. The issues they deal with also cover a wide spectrum, from energy and the environment to war and peace. 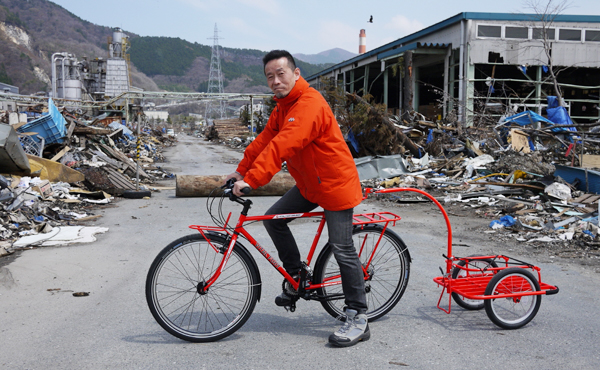 “Vitalfoot,” a mixed-media work by Japanese artists Noboru Tsubaki and Ultra Factory, above, and “Angel Soldier”, a video work by Lee Yong-baek are part of the show for the Seoul Nuclear Security Summit. Provided by the National Museum of Contemporary Art


In particular, the bicycle “Vitalfoot,” by Japanese artists Noboru Tsubaki and Ultra Factory, represents the human will to overcome disasters such as the one that hit the country a year ago.

The bicycle is made of recycled goods and is designed to be a model of vehicles that can be made quickly and used to carry people and goods in disaster situations in which power supplies are cut.

The work is the result of Japanese artists’ heightened concern about their role in society since the 2011 Tohoku earthquake and tsunami and subsequent disaster at the Fukushima Daiichi nuclear plant.

Meanwhile, Lee Yong-baek, who represented Korea at the 2011 Venice Biennale, presents photo and video in his “Angel Soldier” series. These works show beautiful images full of flowers. But a closer look reveals a group of camouflaged soldiers buried among the blossoms. These ironic images prompt viewers to think about war and peace and the ongoing tensions between the two Koreas.

Ham Kyung-ah’s works represent her collaboration with a group of anonymous North Korean embroidery artisans that Ham has not met.

The works were created with the help of an unofficial channel in China, through which images that she created with computer graphics were delivered to the artists in the North. The artisans then reproduced the images as embroidery.

When she received the works several months later, she discovered that many of her original images had been elaborately reproduced, while others had been cut or changed, and she guessed that the North Korean government had a role in the changes.

Two of the eight works that resulted from the project, titled “Needling Whisper, Needle Country,” are part of this exhibition.

The other Korean participants are photographers Chung Chu-ha and Han Sung-pil, media artist Lyu Jae-Ha, painter Lee Sea-hyun, and sculptor and performance artist Yeesookyung. The other two artists from Japan are Tadashi Ono and Fumiko Kobayashi.

The exhibition at the Media Center, located on the first floor of COEX, is open only to the people involved in the Nuclear Security Summit until today. It will be open to the public tomorrow from 9 a.m. to 1 p.m. before closing.