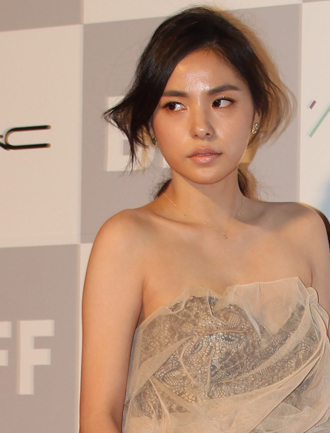 According to Newsis on Friday, the actress and singer filed a claim against the hamburger chain with the Seoul Central District Court, claiming that it owes her more than 140 million won ($122,640) for work she did as a model while representing the company.

“From July 2010 until June of last year, Min had an exclusive modeling contract with Mr. Big under which she undertook promotional activities for the company,” said a representative from Min’s agency. “Thus far, the company has only paid Min around 2.9 million won of the agreed upon sum of 150 million won.”

The 26-year-old entertainer is currently set to play the female lead in the movie “5 Million Dollar Man” alongside music producer and singer Park Jin-young.