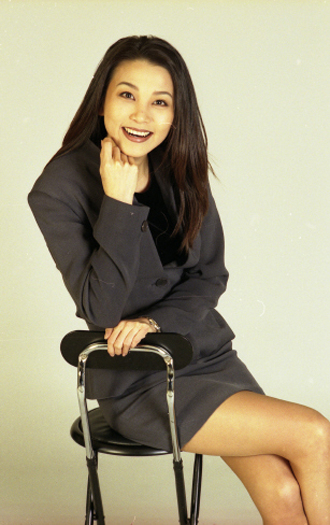 In a book entitled “Secret of Korea” written by journalist Ahn Chi-yong, the secret elopement between actress Park Sang-ah and Chun Jae-yong, the son of former dictator Chun Doo-hwan, has been revealed.

According to Ahn, the first son of Korea’s former dictator and his current wife did not wed for the first time in 2007 as many suppose, but the couple’s first wedding took place four years prior to the official wedding, which was held in Korea.

While still in the legal throes of divorcing his second wife, it is alleged that Chun wed Park in a secret ceremony in Las Vegas.

“Park and Chun were married in the capital of shotgun weddings, Las Vegas on May 12, 2003. Three days later the two filed for an official marriage certificate and on the same day, purchased an estate in Atlanta under Park’s name,” said Ahn in his book.

The estate was likely purchased in Park’s name either because it was a wedding gift or because the property could have been seized if it had been bought under Chung’s name.