[Sponsored Report] LSIS chosen by Reuters on list of 100

[Sponsored Report] LSIS chosen by Reuters on list of 100 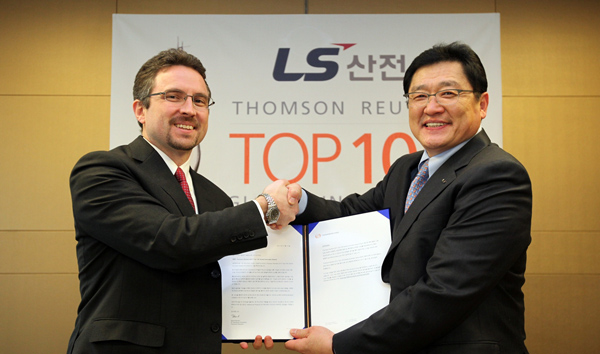 
LSIS was named one of the “2011 Top 100 Global Innovators” as awarded by Thomson Reuters, a leading financial news and information provider for major companies and research specialists. 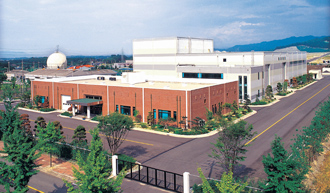 LSIS established a 1,600 MVA-capacity Power Testing and Technology Institute as a first private company in 2000. The institute is recognized by the Korea Laboratory Accreditation Scheme.

Of the 100 companies, 40 were based in the U.S., 29 were from Europe and 31 were from Asia. Of the last region, 27 winners were Japan-based, and the remaining four based in Korea: Samsung Electronics, LG Electronics, Cheil Industries and LSIS.

The reason LSIS was able to cement its name on the list is because it has been working its way up since 1974 from an electronics and automations base to concentrating in smart grid, solar energy and green business, resulting in a kind of innovative DNA.

One and only electricity technology test center for private company

In 2000, LSIS became the first private company to construct a 1,600MVA-capacity high power laboratory. The company felt the need for a high power laboratory in order to improve the quality and reliability of its services, while developing Korea’s independent electricity model. It consequently invested more than 50 billion won ($44.6 million) in the project.

The Power Testing and Technology Institute is recognized by the Korea Laboratory Accreditation Scheme (Kolas), and is providing global standard test assessment services. It also has facilities for short-circuit tests, high voltage tests and reliability tests to improve the quality and reliability of the products.

In particular, the facility owns a short-circuit power generator which can simulate electrical accidents, producing tens of thousands of amperes of short-circuit electricity to test the core function of electronic facilities. Excluding government-funded research institutes, LSIS is the only company that possesses such a generator.

To produce one product without any fault and of the highest quality, LSIS conducts over 3,000 tests in a year.

Owner of the No. 1 Green certificate in Korea

LSIS received the presidential National Green Technology Award at the end of 2010 for the Smart Grid Energy Efficiency System, confirming its status as the leading company in this burgeoning field. The National Green Technology Award is the highest government award for green business. It is given to the company with the highest technology level in five technology factors including renewable energy development, high energy efficiency and high contribution to reducing carbon emissions.

However, LSIS invested the most in the technology development for the smart grid system and smart meters, despite a nascent market and no guarantee of profit. In 2010, it obtained the first Korean patent for smart meter technology and opened the Green Home Million House project, which the government is now promoting.

T-COPQ and other innovative activities

Since 2008, Vice Chairman and CEO of LSIS, Koo Ja-Kyun has been promoting T-COPQ (Total Cost Of Poor Quality) as a regimen for process development.

The T-COPQ method scans for value-leaking factors within the company and corrects them to raise the company value. The resultant progressive and positive organization culture reminds employees that they are indeed the owners of the company.

Vice Chairman and CEO Koo has been conducting workshops by divisions and setting up the T-COPQ mindset. Throughout the company, leaders have been named to carry out T-COPQ activities. Each department will be able to find wasteful processes and profit/loss items. Through calculation methods, each team will come up with a figure and look for an opportunity to improve the relevant components, later connecting them to improvement activities.

These concepts have been extended through the company’s Big Y project. Big Y is a representative activity in which each department chooses mid-term and short-term tasks to make the company the world’s best. The sales division will target sales, factories will target production and other departments will target customer satisfaction as strategic tasks. Each team or individual will set up proportionately-sized tasks to help achieve this overarching goal.

In the case of LSIS’ power equipment division, the Big Y task is the “Concurrent Business” of resolving the multiple issues related to sales, factories and customers. Its pursuit has achieved a 21 percent increase in business department sales and a 31 percent rise in profits. The Cheongju 1 business department has set “overcoming the outside environment” and “reducing the raw material cost” as Big Y tasks and consequently reduced costs by 23.7 billion won.


Stepping up as a global company through World Class 3P

In short, Product stands for innovation, which is the base of production industry; Process stands for efficiency-increasing innovations in purchasing, production, planning and development; and People stands for raising strong-willed people with leadership skills. Based on these 3P, the company plans to strengthen its base to become a global company this year.