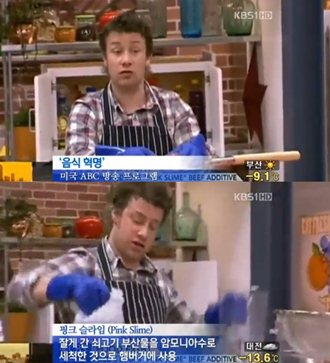 CHICAGO - Beef Products Inc., the top producer of an ammonia-treated beef product dubbed “pink slime” by critics, said Monday that it had halted production at three of its four plants in three states for 60 days.

“This is a direct reaction to all the misinformation about our lean beef,” Jochum said.

The company shut down operations Monday at its plants in Amarillo, Texas; Finney County, Kansas; and Waterloo, Iowa.

Two of the biggest U.S. supermarket operators, Safeway Inc., parent of Dominick’s, and Supervalu Inc., parent of Jewel-Osco, have said they will stop buying the product.

Altogether, the plants employ 650 people. The company’s facilities in Iowa and Kansas produce about 350,000 pounds of product a day, while the Texas plant puts out nearly 200,000 pounds.

The company’s largest plant, based in South Sioux City, Neb., will remain in operation, Jochum said.

The closures have come because of the recent outcry by food activists over lean finely textured beef, Jochum said.

The Agriculture Department and industry experts say the meat is safe to eat.

But critics, who argue that the product may be dangerous, say such meat products are an example of how the nation’s large-scale food producers use industrialized practices that are unappealing.

“The demand in the market will hopefully resume,” Jochum said.

BPI, founded in 1981, began as a processor of frozen beef products. In 2001, the company emerged as a key player in the nation’s ground beef industry after federal regulators approved the firm’s process of using ammonia to remove food-borne pathogens such as salmonella and E. coli O157:H7.

The company’s product is made of scraps and fatty trimmings that, for years, typically had been sold off to make pet food or cooking oil because it was too difficult to extract the meat, and the meat was somewhat susceptible to contamination. Reuters