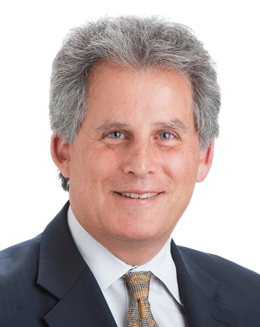 David Lipton, the first deputy managing director of the International Monetary Fund, said that Korea should take steps to “rebalance” the local economy by boosting domestic demand in order to protect itself from external shocks.

In a press briefing held yesterday in Myeong-dong, central Seoul, the high-ranking IMF official said that rising oil prices should not spark government subsidies to protect consumers at the expense of fiscal health.

“Countries in Asia should take care to protect themselves, to take steps to rebalance demand to support domestic consumption growth,” he said. “[This is] so that even if the rest of the world’s economy is somewhat sluggish, Asian growth will remain substantial.”

Lipton said that although downside risks from the European debt crisis have receded, remaining troubles “include a recurrency problem in Europe, possible inflationary pressures, volatile capital flows as well as the possibility of higher oil prices.”

“Asia needs to be watchful to deal with problems that may arise,” he added. “We don’t believe the increase [in oil prices] is a very grave threat to the global economy or to Asia, but risks of further price increases [exist] because of geopolitical risks concerning Iran,” Lipton said.

“It’s very important that an oil price increase does not turn into a big subsidy program that undermines the public financials and disturbs the macroeconomic situation,” Lipton said.

On the reason why the high-ranking IMF official visited Korea, he mentioned the Fund’s current efforts to garner a consensus for an increase in its lending capacity.

“We’re trying to work to make sure there is a sufficient amount of official finance to cope with whatever problems may arise,” he said. “We’re targeting $1 trillion in available resources.”

Late last month in Mexico City, Group of 20 finance ministers and central bank governors met to discuss increasing the IMF’s current lending capacity. The talks, attended by Korean counterparts, led to a broad agreement that an increase in IMF resources could be done through bilateral borrowing and note purchase agreements, but that “concrete decisions will await the reassessment by euro zone countries,” according to an IMF press release.