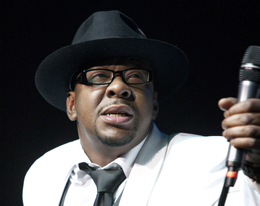 LOS ANGELES - Officials in Southern California say Bobby Brown has been arrested on suspicion of driving under the influence.

California Highway Patrol Officer Mike Harris said Brown was arrested at around 12:20 p.m. Monday in the San Fernando Valley north of Los Angeles. He failed a field sobriety test and was booked on suspicion of driving under the influence.

Harris says the R&B singer was pulled over after an officer saw him talking on his cellphone without a hands-free unit and noticed he appeared to be impaired.

Los Angeles police say Brown was released from jail on his own recognizance shortly before 2 p.m.

The 43-year-old is the ex-husband of Whitney Houston and a founding member of the group New Edition. AP