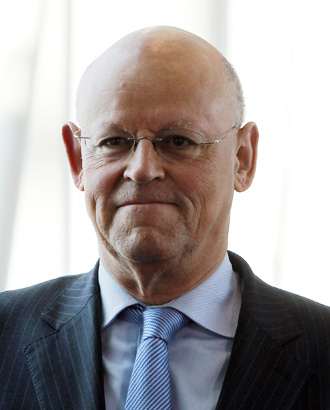 The Netherlands will do its best to help achieve the goal of a nuclear-terrorism free world at the next global summit, which it will host, according to the country’s foreign minister yesterday.

The Netherlands, which Rosenthal represented during the Seoul summit, was selected yesterday as the host of the third summit to be held in 2014.

“For the Dutch government to make a success of the 2014 summit, the work needs to start right now,” Rosenthal said.

“We should look into further steps of a concrete nature in 2014. Real work and genuine work will have to be done.”

Rosenthal positively assessed the impact made on nuclear security since the first summit, saying they put the world on the right path to achieve the goal set by U.S. President Barack Obama.

The United States hosted the first nuclear summit in Washington in 2010 with the goal of securing all vulnerable nuclear material in four years.

The Seoul summit, which brought together the top leaders from 53 countries and four international organizations, issued the Seoul Communique, an 11-point agreement and commitment for nuclear security that encouraged countries to come up with specific action plans by next year to reduce highly enriched uranium that could be used for nuclear weapons.

“The progress reports from several countries showed that many countries have done their share up to now in a number of ways,” the foreign minister said.

He said South Korea played an important role as the second host.