North rejects world leaders’ call to give up launch

North rejects world leaders’ call to give up launch 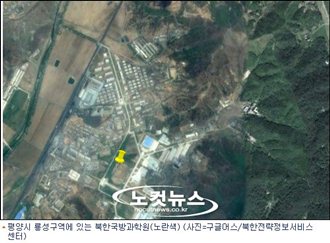 Despite widespread international condemnation, North Korea yesterday said it will “never give up” its long-range rocket launch scheduled for next month.

“We will never give up the peaceful satellite launch as an essential requirement to boost the nation’s economy and a right of a sovereign nation,” North Korea’s Foreign Ministry said in a statement yesterday.

“Marking the 100th anniversary of comrade Kim Il Sung’s birth, blasting off a working satellite is the legacy of Gen. Kim Jong-il and ordinary business that has been arranged and carried out for a long time,” the statement read. “[The United States] should quit the idea of battling with us to block our way and have the courage to respect the fact that we also have the right to launch a satellite just like any others.”

In the neighboring South, the world’s superpowers agreed on stopping North Korea’s plan to launch a satellite that is widely seen as a test of long-range missile technology. The regime’s closest ally, China’s President Hu Jintao, also urged the North to halt the launch and focus on people’s livelihoods instead at a bilateral summit with South Korean President Lee Myung-bak.

However, in yesterday’s statement, North Korea refuted that those were the terms of the agreement.

“At the high-ranking DPRK-U.S. bilateral meeting, we constantly claimed that launching a peaceful missile isn’t related to the suspension of long-range missile tests,” the statement read.

North Korea has conducted three long-range missile tests so far, followed by nuclear tests. Since 2009, the regime has been under UN Security Council Resolution 1874 that prohibits any launch using ballistic missile technology.