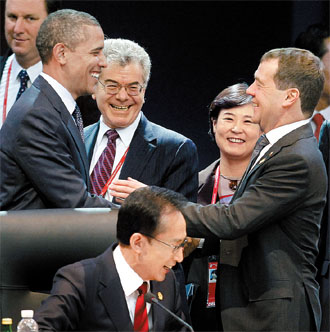 Dozens of world leaders at the Seoul Nuclear Security Summit agreed yesterday to draw up plans to decrease the use of highly enriched uranium by next year.

“We have set a new milestone for creating a safe and peaceful world,” President Lee Myung-bak told a press conference yesterday at the end of the summit held at the COEX convention center in southern Seoul.

The second of its kind, after a summit in Washington in 2010, brought together the leaders of 53 countries, along with five leaders of four international organizations.

Initiated by U.S. President Barack Obama to secure nuclear materials from terrorists in four years, the 2010 summit set out objectives and measures for nuclear security spelled out in Washington Communique and Work Plan. 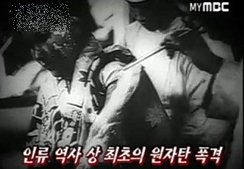 The Seoul summit adopted an 11-point Seoul Communique, outlining renewed agreements and commitments including setting a time line for the countries to come up with individual action plans to reduce the use of highly enriched uranium for civilian purpose by the end of 2013.

Two years ago, there were 1,600 tons of highly enriched uranium in the world. Together with stocks of 500 tons of plutonium, they were enough to make more than 126,000 nuclear weapons.

Some of the countries also initiated group projects to reduce highly enriched uranium use for medical or research purposes during the summit, including a four-way project using a conversion technology developed by Korea.

Obama yesterday praised the progress on nuclear security that has been made since the Washington summit. “We’ve come a long way in a very short time. That should encourage us,” he said during the morning session.

Obama cautioned against complacency and urged the leaders to maintain will and focus.

The next summit will be held in 2014, and Korea yesterday selected the Netherlands as the host.

China’s President Hu Jintao said yesterday that China considers nuclear security a grave issue and will assist countries in the Asia-Pacific region to train nuclear security experts and reduce the use of highly enriched uranium. Hu did not specifically mention North Korea, China’s closest ally, which has both plutonium and uranium enrichment programs.

The leaders at the summit also called for the countries to cooperate on enforcing the 2005 Amendment to the Convention on Physical Protection of Nuclear Materials (Cppnm), a key security-related convention, by 2014.

Since the Washington summit, 14 countries have newly ratified the amended treaty, but the number of signatories as of this month is 55, short of the 97 needed for enforcement of the treaty.

Seoul signed the Cppnm in 2005 along with the International Convention on Suppression of Acts of Nuclear Terrorism, but the two treaties remain unratified in Korea. They passed the National Assembly last December, leaving only revision of related domestic laws and official endorsement from international watchdogs for the ratification, which Seoul says will happen later this year.

Countries have also pledged to equip themselves with more infrastructure for nuclear security such as construction of a specialized education and training facility, called Center of Excellence. Six countries pledged to build such a facility during the Washington summit, including Korea, which started in the Daedeok science cluster in Daejeon this month.

The leaders discussed the interrelation between nuclear security and safety yesterday, an issue addressed for the first time during the Seoul summit in the wake of the nuclear crisis in Japan last year.