One dies in accident at Boryeong power plant

One dies in accident at Boryeong power plant 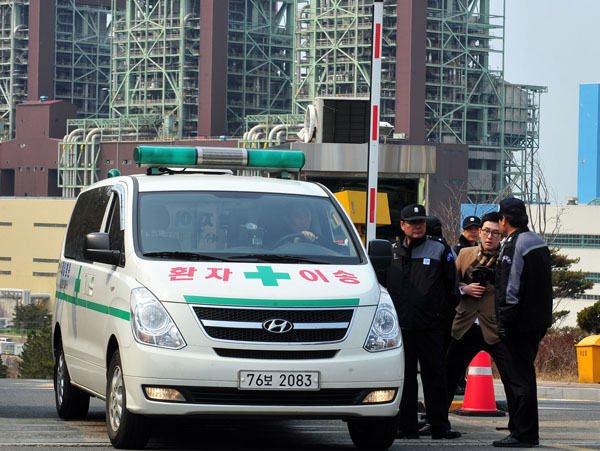 An ambulance transports injured repairmen who fell 20 meters (65 feet) into the boiler of the Boryeong Thermal Power Plant’s fuel generator No. 5 in Ocheon-myeon, South Chungcheong, to the hospital, yesterday. One repairman died in the fall and 12 were taken to the hospital for treatment. [NEWSIS]


Following a fire less than two weeks ago, another accident struck the country’s largest thermal power plant yesterday as thirteen repairmen fell into a boiler at the Boryeong Thermal Power Plant in Boryeong, South Chungcheong, leading to one death.

The workers were repairing the boiler of Boryeong Thermal Power Plant’s fuel generator No. 5 in Ocheon-myeon, yesterday morning when a section of the scaffolding they had erected between the second and seventh floors collapsed. 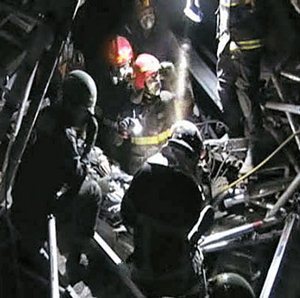 At 10:51 a.m., the repairmen, who were mostly working on the third floor, fell some 20 meters (65 feet) below and the dismantled pieces of steel scaffolding landed on them.

Four of the workers were able to climb out of the boiler on their own efforts while the nine other workers were eventually rescued over the next three hours by some 80 firefighters and other employees at the plant. One of the repairmen, surnamed Jang, 39, experienced complications shortly after the rescue and died before being taken to the hospital. The remaining 12 rescued repairmen were sent to nearby hospitals and are receiving treatment. Four are seriously injured.

The power plant’s workers and firefighters are currently inspecting the repair site and the collapsed scaffolding to pinpoint the cause of the accident.

The No. 5 boiler’s interior is 106 meters high. The collapse of the scaffolding does not appear to have damaged the boiler’s functionality thus far, according to its operators.

On March 15, a large fire damaged two of the plant’s eight fuel generators.