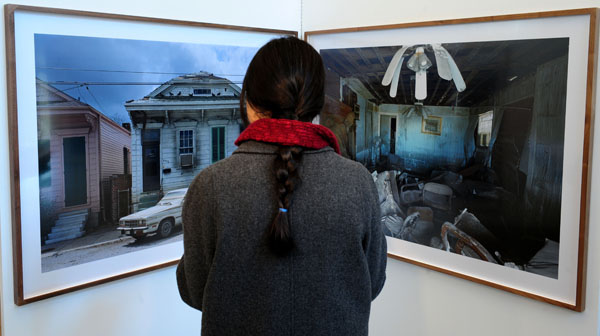 A visitor looks at photos by Robert Polidori at 10 Corso Como Seoul in Cheongdam-dong, southern Seoul, last week. The show, which runs to April 30, features 35 works by the Canadian photographer, known for his architectural studies. Of particular note is his “After the Flood” series of photos taken after Hurricane Katrina, two photos of which appear above, and the “Palace of Versailles” series, the result of his 25-year exploration of the famous French palace’s renovation. The show celebrates the fourth anniversary of the Seoul branch of the Milan-based fashion retailer. [NEWSIS]