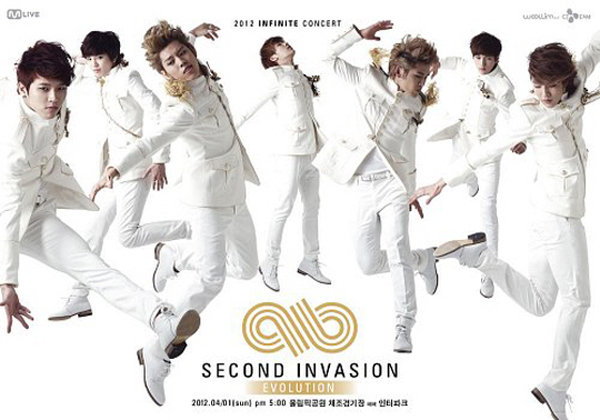 
On April 1, boy band Infinite will set a new record for becoming the first K-pop band to broadcast live.

The concert “Second Invasion - Evolution” is being held at Olympic Park in Songpa District, eastern Seoul, and is an encore performance of the first concert by the same title which took place in February.

In the upcoming concert, the band will join forces with YouTube to stream five live performances from the event, along with some behind-the-scenes footage.

The package, billed “Exclusive! Infinite Special,” will be streamed online at real time for fans worldwide.

“Although the whole concert won’t be streamed live, we planned the event in order to treat the fans worldwide,” said a representative from Woollim Entertainment.

Meanwhile, YouTube representatives said that starting with Infinite, it hopes to expand into K-pop by having more such artists utilize its site to stream live concerts online.