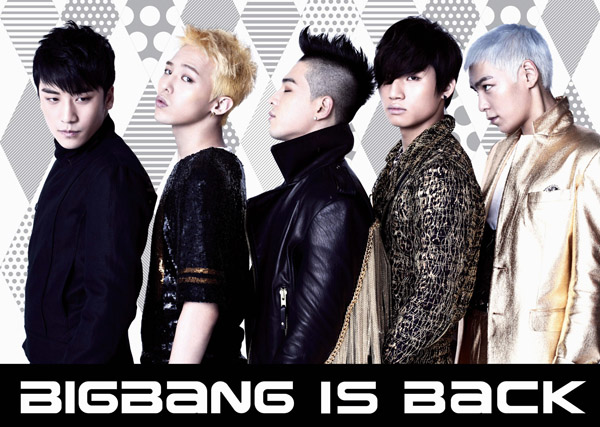 The feat was made more remarkable as the albums, “Alive” by Big Bang and the “best of” album by 2NE1, were released the same day they entered the chart.

“Alive” is Big Bang’s fifth EP and was produced with the intention of marketing the band to the world, as opposed to focusing on the Asian market as it has until now. It was released here on Feb. 29. The Japanese edition of the album contains the same songs, but they are sung in Japanese.

Currently, the boy band is busy promoting its album in both countries, after which it will travel to Thailand.

Meanwhile, 2NE1’s “best of” album features the girl group’s biggest hits, including its Korean debut “Fire” as well as the all-time favorite “I Don’t Care.”

The two groups will join forces to participate in a Japanese R&B and hip-hop festival on Saturday. Lmfao and David Guetta are also slated to perform.