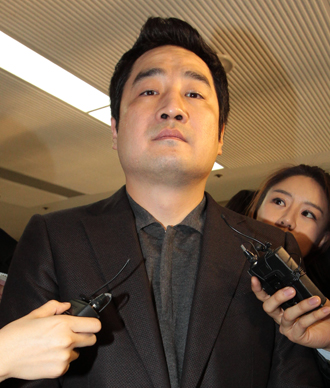 Independent lawmaker Kang Yong-seok announced that he has made it into the first round selections of the singing-audition show “Super Star K 4.”

On March 28, Kang tweeted, “I passed! If I make it through this round, then the second round will be in July, which means I can concentrate on the election campaign until then.”

Earlier in the day, the media was in frenzy when Mnet’s program producer announced that Kang had applied to be one of the show’s contestants.

Kang said that his intention for applying for the show was, “For popularity at the polls.” The politician said that he decided to register when a resident of Mapo told him that Mnet studio was close by and that a lot of residents had registered due to the close proximity of the studio.

Kang submitted a video of himself singing “This is the Moment” from the musical “Jekyll and Hyde.”