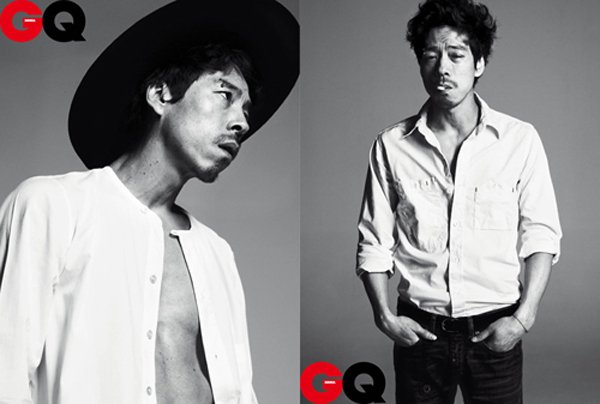 
Singer and actor Kim C revealed a stylish new demeanor in the latest edition of GQ published on March 29. In the April edition of the revered men’s style magazine, Kim was featured in a spread which illustrated his rough yet sensitive persona.

In an accompanying interview entitled “Do I Look Like Kim C to You?,” Kim spoke candidly about his sentiment toward music and about his first debut album as a solo artist, which was released on March 27.

During the filming, crew members were impressed with his professionalism despite the fact that the entertainer had kept out of the public’s eye for the past two years.

The television personality, who rose to fame during his stint on KBS’ “1 Night, 2 Days,” left the country in November 2010 to concentrate on his music career.
He returned to Korea in December last year after spending a year in Germany to brainstorm for his solo album.
Kim was a part of the rock group Hot Potato, which formed in 1997.