With K9, Kia shows off new look for all models

With K9, Kia shows off new look for all models 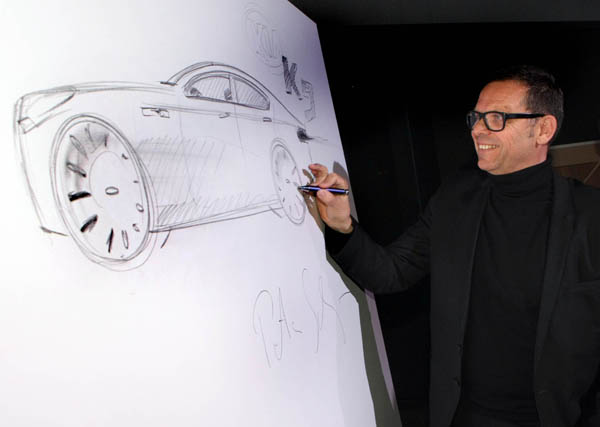 Peter Schreyer, chief designer of Kia Motors, outlines the future direction of the automaker’s designs in a conference at a CGV theater in southern Seoul, yesterday. Provided by the company

Peter Schreyer, vice president and Kia’s chief designer, outlined the road ahead for the company in terms of styling at a movie theater in southern Seoul yesterday. Schreyer said the K9’s proportions are similar to European luxury sedans such as the BMW 7 Series with a lengthened hood and shorter trunk.

The K9, Kia’s flagship sedan, will be the basis for designing all future Kia models, the company said.

The rear-drive sedan will be officially released in May and replace the existing Opirus sedan. 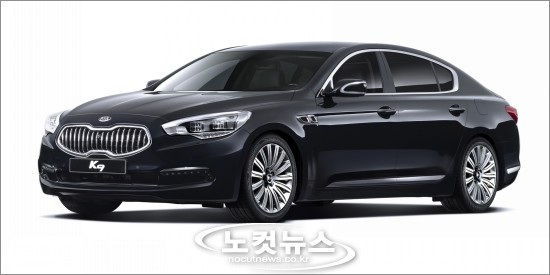 Continuing the concept of “the simplicity of the straight line” that characterizes Kia models, the K9 embodies dynamism and luxury.

The engine sits a little further back allowing a long hood, while the overhead, the portion between the front wheels and front bumper, became shorter.

“K9 stands out because it embodies the new generation of design,” Schreyer said. “It has a real presence and poise. It is not achieved by gimmicks but real balance of proportion.”

Schreyer said the new look for the Kia family was first seen in the GT concept car unveiled at the Frankfurt Motor Show last year, and it was used in the K9.

“The GT concept opened a new chapter, but the real new era starts with the K9,” he said. “It is the first production car for our new design generation and the crown of the K-series, the K5, K7 and K9.”

Schreyer said Kia’s designs will keep evolving and reshaping Kia’s lineup is an ongoing process. “Life is not finished,” he said.

Gu Sang, a professor of industrial design at Hanbat National University, said the front of the K9, which is said to be designed like a “tiger nose,” is more protruberant, emphasizing dynamism and a three-dimensional shape.

“It is a big transformation Kia made in only five years thanks to our Korean staff,” Schreyer said. “We were doing it extremely fast. I wouldn’t have dreamed of [such a transformation] when I first started.”

To a question on how much freedom he was given as a designer at Kia, he said, “When I first started working at Kia, I was given a lot of freedom, and that is a big difference.”

Schreyer said when he was working for Volkswagen AG before joining Kia, his responsibility was just to reshape cars within the existing frame of designs. But at Kia, he was assigned to recreate the overall design concept of Kia cars.

“I had a chance to completely shape the impression of Kia, not just one car,” he said.

To a question on criticism that the K9 resembles a BMW too much, Schreyer said, “I see it as a compliment.”