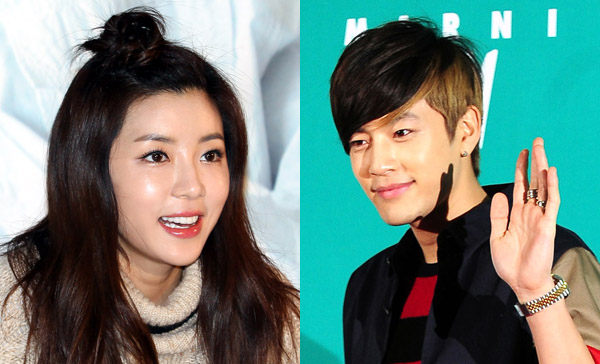 
Glam couple Se7en and Park Han-byul threw a party on Thursday to mark their 10th anniversary.

The couple invited their closest friends for a special gathering held at a restaurant in Cheongdam-dong, southern Seoul.

“There were only around 10 or so people present and not many celebrities in attendance,” a staff member of the restaurant told internet news Web site Hankooki.com.

“The party was specifically for those who have known the couple for a long while.” The source also said that the couple looked very much in love.

The two began dating in 2002 when they were both attending Anyang Arts High School in Gyeonggi. They also belonged to the same entertainment agency until Park left in 2005.

Although the public had speculated that the two were an item, they denied dating for some time. In 2009, when a picture of the two looking cozy circulated online, the two admitted they were, in fact, a couple. By Carla Sunwoo