2PM makes fans cry, but not from sadness

2PM makes fans cry, but not from sadness 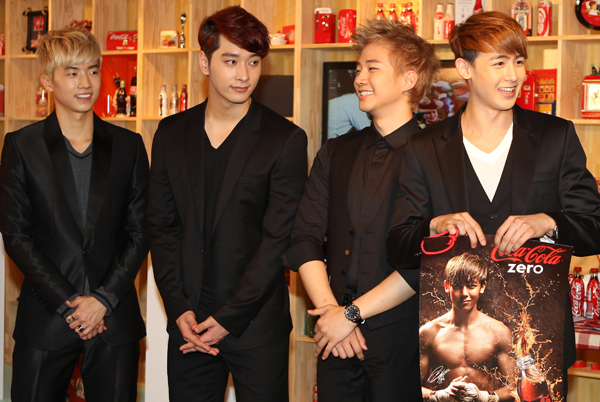 
At its March 27 fan meeting, billed “2PM’s The Hottest Party,” the band had its 4,000 fans laughing and crying through various comedy sketches performed by band members at Kyunghee University.

In an unexpected twist, the band devoted as much time to parodying popular TV shows as it did performing songs. Everything from “Life and Health,” “Live Today,” “Animal Kingdom” and K-dramas were acted out by the band members.

The boy band even had a go at mimicking hit-drama “The Moon Embracing the Sun.” Taecyeon took on dual characters, while Nichkhun’s impersonation of the queen of the Joseon dynasty had the fans in stitches.

During a special segment in which the members read questions asked by fans, Nichkhun showed an insightful side by advising fans to “look at the inner beauty” in a person when searching for a romantic partner.