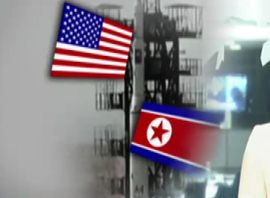 North Korea showed no sign of halting its rocket launch plan during an unofficial contact with the U.S. over the weekend in Germany, a Japanese broadcaster reported yesterday.

Ri Gun, director general of North Korea’s Foreign Ministry in charge of North American affairs, attended a two-day closed-door seminar at the Aspen Institute near Berlin, meeting with U.S. delegates including former U.S. Undersecretary of State Thomas Pickering, according to the think tank. It was the first Pyongyang-Washington contact since the U.S. and the North accused each other of breaching last month’s agreement between the two countries.

“We couldn’t find any sign that North Korea would stop the launch,” a German researcher attending the seminar was quoted as saying by NHK. “There is no one apart from the supreme leader that can make an important decision in North Korea and it appears unlikely it will change its mind,” the researcher said.

The North’s announcement of the rocket launch plan, seen as a cover to test a long-range missile, prompted the U.S. to suspend its food aid plan last week, part of the Feb. 29 agreement.

The agreement would have the North to suspend its nuclear, long-range missile tests among other concessions in return for 240,000 metric tons of U.S. nutritional assistance.

The North instead blamed the U.S. for breaching the agreement, saying the U.S. is overreacting to what it claims is a peaceful satellite launch.

The North was ramping up its preparation for the rocket launch, The Associated Press reported yesterday, analyzing satellite images of the launch site provided by Johns Hopkins School of Advanced International Studies.

“These pictures are new and important evidence that the North’s preparations for its rocket launch are progressing according to schedule,” Joel Wit, visiting fellow at the institute, told the AP.

North Korea has scheduled the rocket launch for between April 12 and April 16. Yesterday, the country set April 11 as the date for holding a new conference of the ruling Workers’ Party, bolstering speculation that it will push ahead with the rocket launch.

New North Korean leader Kim Jong-un is widely expected to inherit his father’s title of the party’s secretary general during the upcoming party conference, which analysts say will give Kim Jong-un more power to carry out the controversial plan.

Yonhap News Agency yesterday quoted a military official as saying that the cost of the North’s latest rocket launch is estimated to be $850 million, which could feed 19 million North Korean residents for a whole year.

Asean countries also expressed concern over the North’s rocket launch plan. According to Surin Pitsuwan, secretary general of the 10-member Association of Southeast Asian Nations, the issue would be discussed when the foreign ministers of Asean met their European Union counterparts on Monday.

The North is preparing the new rocket launch site in the country’s northwestern region, not the typical northeastern one, and the direction of the launch will be southward, not eastward, putting several Southeast Asian countries beneath its trajectory.