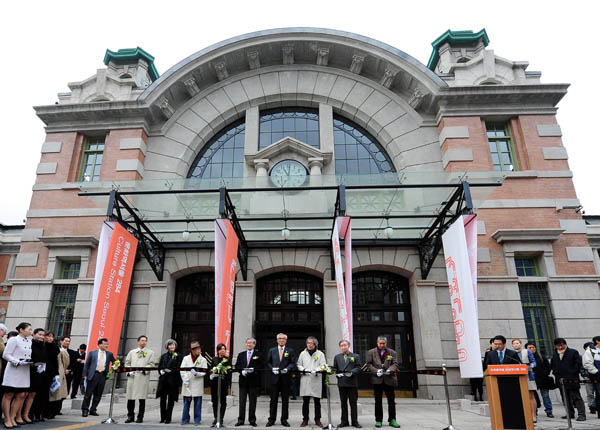 The old Seoul Station building, which was built in 1925 and closed in 2004 with the construction of the new Seoul Station next to it, has been reborn as a multipurpose cultural space. It preopened last August and had the test art exhibition “Countdown.”

The renovation work that took two years actually included restoration back to its original appearance from the Japanese colonial period.

The number 284 in the cultural space’s name comes from the old Seoul Station’s historic site number 284.

The art project, including exhibitions and performances titled “Ancient Future,” starts today and continues through June 15 to celebrate the official opening of the space. Admission is free. The space is open 10 a.m. to 7 p.m. every day except Mondays. [NEWSIS]