Big Bang and 2NE1, the most popular K-pop acts in France

Big Bang and 2NE1, the most popular K-pop acts in France 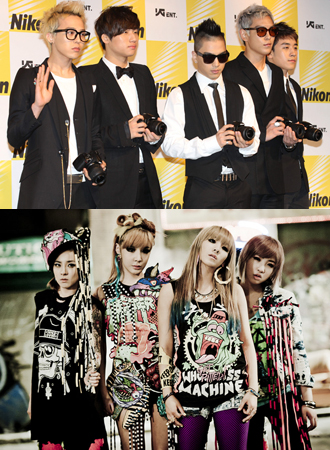 In a recent survey conducted by the Korea Tourism Organization, Big Bang was the most-preferred boy band while 2NE1 was the favorite girl group among Hallyu fans in France.

The French branch of the organization’s Web site, visitkorea.or.kr, surveyed more than 3,775 K-pop fans in France in January.

Big Bang, preferred by male fans in their twenties, chalked up 49.9 percent of votes in the male group category.

Meanwhile, 2NE1 had around the same amount of male and female fans, garnering 64.8 percent of votes in the female group category.

Following behind a 19 percent gap was Girls’ Generation (45.4 percent), and further behind was Miss A (31.5 percent).