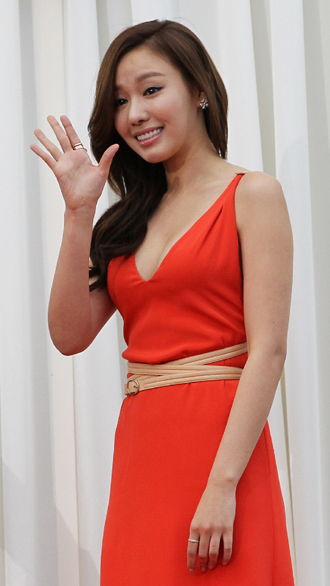 Actress Kim A-joong will host the 84th annual Paeksang Arts Awards for the third time since she hosted the awards show for the first time in 2010. The event, to be held at Olympic Hall in eastern Seoul on April 26, will also be co-hosted by fellow entertainer and comedian Lee Hwi-jae and sponsored by Korean media network JTBC.

It will be the pair’s second time hosting together.

“As it’s my third year hosting, I kind of expect to receive the call when this time of the year rolls around. I’m ready and have even picked out my dress for the occasion. Of course I had to pick something worthy of the prestigious event,” said Kim.

Kim made her debut in a TV commercial for the communications company SKY in 2004. In 2006, she starred in the hit movie “200 Pound Beauty,” which launched her to stardom.