On break from comedy, Kutcher to play Steve Jobs in biographical film

On break from comedy, Kutcher to play Steve Jobs in biographical film 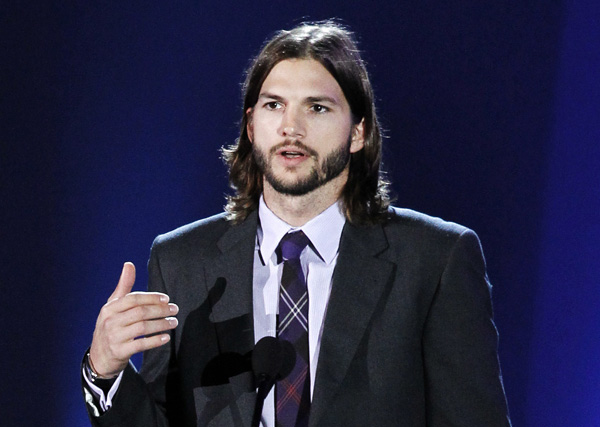 LOS ANGELES - Ashton Kutcher is to play Steve Jobs in a new independent film about the late Apple chief’s life, a spokeswoman for the “Two and a Half Men” actor said Monday.

“Jobs” will tell the story of his life from wayward hippie to cofounder of Apple and revered creative entrepreneur, according to industry daily Variety, whose report was confirmed as accurate by the spokeswoman.

Twitter trailblazer Kutcher, who recently split from actress Demi Moore, is attached to the project, which is to be directed by Joshua Michael Stern and based on a script by Matt Whiteley, it said.

Production is due to start in May while Kutcher is taking a break from “Two and a Half Men,” the hit TV series he joined last year after Charlie Sheen was sacked following a very public dispute with the producer.

Major studio Sony Pictures is also developing a movie about Jobs, based on the bestselling book by Walter Isaacson that was released after the Apple chief’s death last October.

Kutcher, 34, was best known for TV shows including “That 70s Show” and “Punk’d” before he replaced Sheen last May. He and Moore, both early adopters of Twitter, announced their separation in November. AFP