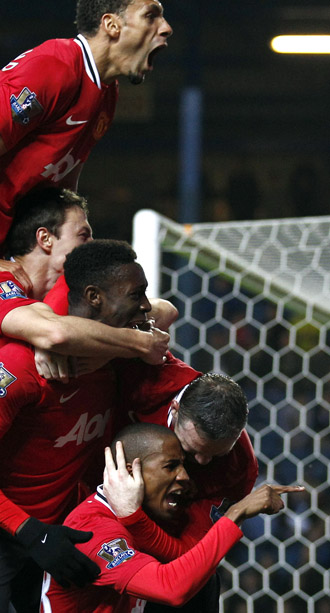 Manchester United’s Ashley Young, bottom, is mobbed by his teammates after scoring against Blackburn Rovers during their English Premier League match at Ewood Park stadium in Blackburn, England, on Monday. United won 2-0 thanks to late second-half goals from Antonio Valencia and Young. With seven games left, the victory extended United’s lead to five points in the EPL table, over crosstown rival Manchester City. [AP/YONHAP]