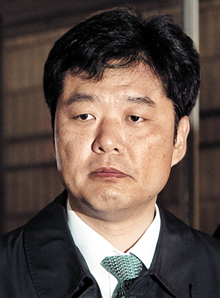 Prosecutors arrested two culprits in the illegal surveillance scandal against civilians by the Prime Minister’s Office, accelerating their investigation into the case ahead of the April 11 legislative election.

Lee Young-ho, former senior secretary to the president for employment and labor, and Choi Jong-seok, a former administrative officer at the same office with Lee, were arrested Tuesday on suspicion of destroying evidence regarding the scandal.

Jang Jin-su, a former official at the public ethics office of the Prime Minister’s Office, has made a series of accusations including that Choi ordered him to destroy evidence regarding the 2008 illegal surveillance scandal and bribed him to keep silent.

However, after the whistle-blower’s revelation, Lee Young-ho said at a press conference that it is true that he directed the destruction of evidence to Choi and gave money to Jang, but that he was just trying to help Jang’s financial difficulties. 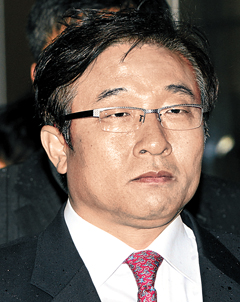 Nonetheless, suspicions are still lingering that high-ranking government officials must have been involved in the case. While the ruling party strenuously denies any involvement in the case, the opposition party is demanding the Blue House take responsibility. President Lee Myung-bak has made no comments on the case yet.

Wui Hyeon-seok, a senior judge at the Seoul Central District Court, issued arrest warrants at a trial against Lee and Choi, saying “We admit the allegation that the two officials ordered staffers of the public ethics office to destroy evidence and it is a concern that they could conceal other evidence as well.”

Prosecutors told the JoongAng Ilbo that they will focus on who ultimately directed or reported the evidence destruction and the illegal spying on civilians. A former official of the Prime Minister’s Office also told the JoongAng Ilbo in a telephone interview that Jin Gyeong-rak, a former senior official at the public ethics office, was the actual “bridge” connecting the office with the Blue House.

“In July 2008, when the Public Ethics Office opened, Lee Young-ho sent Jin, who worked with him [in the Blue House], to the office and ordered him to do some work,” the official said. “At the time, they had meetings almost every day about evaluation of then-ministers and executives at state-run companies.”

At a recent questioning, Jang told prosecutors that he received 50 million won ($44,275) in hush money from the Prime Minister’s Office, and the money was delivered as a stack, wrapped in plastic paper. Prosecutors are now chasing the serial numbers on the bills.