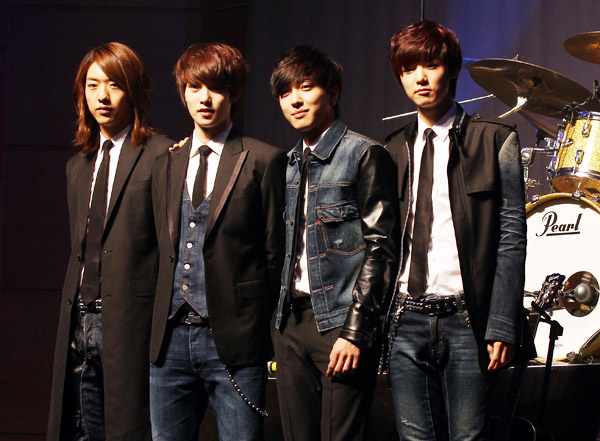 
CN Blue has been selected to model for beauty and health brand Olive Young.

“CN Blue is known for its fun and youthful vibe. We feel that each member will be able to contribute by bringing their own unique flavor to the brand,” said a representative from CJ Cheil Jedang, the brand’s parent company yesterday.

The band will begin promoting Olive Young on TV commercials set to air this month.

Meanwhile, the band released its third EP, “Ear Fun,” on March 26. As one of the K-pop acts known as a “flower boy band,” so named for its pretty boy look, CN Blue achieved great success, with the EP topping various weekly charts since its release.

In March, the band joined fellow agency member FT Island for a concert in Los Angeles. In addition to being the first joint concert by the two bands, the U.S. performance was a great leap forward for CN Blue, which hopes to gain wider recognition in the global music market.

CN Blue made its debut in Japan last year, with an album release that topped the charts in Asia in five days.
By Carla Sunwoo