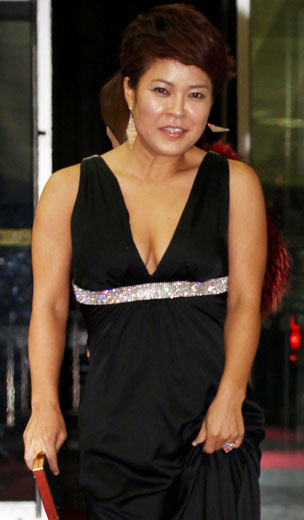 Comedienne Cho Hae-ryun has announced that she will divorce her husband of 13 years, a fact confirmed by the entertainer’s agency yesterday.

“The couple had been in conflict for some time due to personality differences. But things have ended well as both parties came to an amicable agreement,” said a spokesperson for the star.

The agency also said that Cho will take a break from TV, including the MBC variety show “Three Wheels,” on which she has appeared since 2008.

With regard to custody of the couple’s children, the agency said it hasn’t been able to contact the star and is unaware of custody arrangements.

Cho is thought to be spending some time alone to recover from the ordeal.

Cho wed her husband Kim Hyung-gi in December 1998. Until now, the 41-year-old star had previously never been shy about revealing details of her personal life, and on many occasions talked about how her husband helped her around the house. The couple has a son and a daughter from their marriage.