‘Oppa Oppa’ reaches No. 2 on Oricon

‘Oppa Oppa’ reaches No. 2 on Oricon 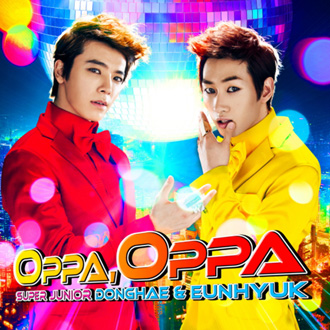 Donghae and Eunhyuk from Super Junior

“Oppa Oppa,” the newly released single by Eunhyuk and Donghae from Super Junior, has taken second place on the Oricon chart.

According to the Japanese music Web site, the single reached the No. 2 spot on Wednesday, the day that it was released.

The original song by the duo debuted in Korea on Dec. 16 and was a big hit, owing to its fun lyrics and upbeat melody. The hit song was remade for the Japanese market and given a new title before it was released on CD and DVD.

Eunhyuk and Donghae also performed the song in Japan during Super Junior’s world tour, “Super Show 4,” which wrapped up in early March.

Super Junior will go back to Japan for the tour’s finale shows on May 12 and 13 at the Tokyo Dome.

Ahead of its performances, the band will release a single in Japan entitled “Opera” on May 9. The song was released in Korea last year as part of the band’s fifth album “Mr. Simple,” and will be rerecorded in Japanese. By Carla Sunwoo