Will Pfizer patent serve as perfect foil to Heragra?

Will Pfizer patent serve as perfect foil to Heragra?

The pharmaceutical unit of CJ CheilJedang, the country’s largest food manufacturer, will launch a generic form of the world’s best-selling erectile dysfunction drug Viagra next month. CJ Pharma plans to launch Heragra, Korea’s first generic form of Viagra using sildenafil, on May 18. The drug’s name is a reference to the Greek demigod Hercules.

This has been facilitated by the fact that the original drug patent owned by Pfizer, the U.S.-based pharmaceutical giant that manufactures Viagra, is scheduled to expire on May 17. 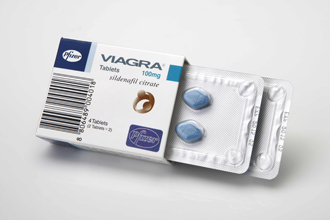 However, the Korean company is still awaiting the outcome of a patent lawsuit it filed against the world’s No.1 drug maker. The case attempts to quash Pfizer’s claim that it is in possession of another patent making production of such generics illegal.

Despite this, Korea is expected to see a flood of generics for medications that combat impotence hit the local market next month, led by CJ’s aggressive push.

As of Tuesday, a total of 14 generics made by Korean drug makers have been granted approval for sale by the country’s Food and Drug Administration. After green-lighting for sale two versions of CJ Pharma’s product, as well as one each from Kunhwa Pharmaceutical and Union Korea Pharm, the FDA approved another 10 drugs.

Pfizer owns a substance patent and a so-called use patent for Viagra. The former protects Viagra’s raw material, sildenafil, from being used by other companies, while the latter protects the company’s right to use the substance for the specific purpose of treating erectile dysfunction.

Pfizer says that although the substance patent is set to expire next month, the use patent is valid until May 2014. This means that the launch before then of any generics containing sildenafil to treat the same problem would be an infringement, it claims.

CJ Pharma filed a lawsuit with the Korea Intellectual Property Tribunal last year requesting that Pfizer’s use patent be ruled invalid. It is the first legal suit on the Viagra patent in Korea.

“Regardless of the court’s decision, we will go ahead and launch Heragra on the planned date,” an official at CJ said.

CJ has developed the drug in both pill and powder form in an attempt to introduce diversity to a market that has been led by the pill format, it said.

“Until the court says it is a patent infringement, it is not illegal for any Korean business to launch such a generic,” said a local lawyer, who requested anonymity.

Meanwhile, Pfizer expects to win the suit after it enjoyed a favorable verdict in a similar case in the U.S.

Pfizer said it prevailed in its patent infringement action against Israel’s Teva Pharmaceutical last summer in a ruling at a court in Virginia. This prevented the company from receiving approval for a generic form of Viagra until 2019.

However, the CJ official said that although Pfizer won the case in the U.S., it lost a similar case in Europe.

“We can’t reveal the reasons for the illegitimacy of the use patent, but as proven in the case in Europe, we have a fair chance of winning,” he said.

Viagra was launched 13 years ago in the Korean market and has since controlled a dominant share, according to market researcher IMS Data.

In the fourth quarter of last year, Pfizer sold 10.3 billion won ($9.13 million) worth of Viagra, accounting for 43 percent of the domestic market. Cialis, by U.S.-based drug maker Eli Lilly, claimed slightly over 30 percent.