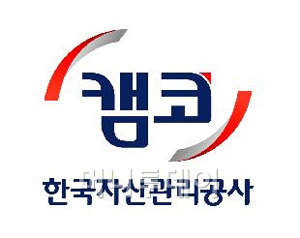 Korea Asset Management Corp., the nation’s main “bad bank,” announced yesterday it was going beyond its role of cleaning up bad debt to become a proactive investment manager of state assets.

Five decades after its founding, Kamco also intends to step up its support for citizens in financial straits, promising a “systematic” execution of its consumer debt restructuring and microloan programs.

During a ceremony marking its 50th birthday yesterday, Chang Young-chul, the chairman & CEO of Kamco, said the institution wants to move beyond cleaning up financial companies’ soured loans.

“Kamco should become an investment bank for the national economy by stepping up its development of state land and comprehensively managing both material and intangible government assets and public debt,” he said.

As for its consumer business, Chang said, “Kamco will pursue a systematic credit status recovery program so that the 2.47 million debtors under its care can recover the ability to conduct common financial transactions.”

This is expected to be an extension of Kamco’s debt restructuring program that switches a high-interest loan with a low-interest loan through a government guarantee of payment.

More than 90,000 indebted Koreans have taken advantage of the program since it was launched in 2008. Each saw an average of 11 million won ($9,724) chopped from their interest payments.

Kamco was created in 1962 as a clearinghouse for Korea Development Bank’s loans and assets, but was revamped into a “bad bank” in November 1997 - at the height of the Asian financial crisis - to buy up 111.3 trillion won in nonperforming loans by using 39.2 trillion won in public funds during the next five years.

Bad banks take and hold nonperforming assets - such as loans that have little chance of being repaid - from insolvent banks during financial crises, and private banks are allowed to take such assets off their books to prevent their failing.