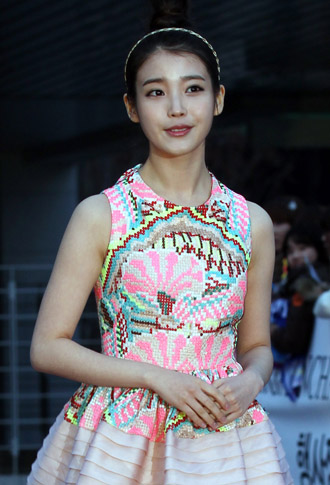 Teen singer IU will hold her first solo tour since her debut four years ago. The singer’s agency announced on Friday that the star will tour six cities nationwide starting with Seoul. The concert, titled “Real Fantasy,” combines elements of fantasy and reality as IU belts out her hits.

In order to draw attention to the quality of the performance, concerts will be held in midsize theaters instead of in stadiums or large-scale concert halls.

“IU wanted to repay the love that she’s received from her fans over the years,” a representative from her agency, Loen Entertainment, said. “She’s taking part in all stages of preproduction, and it was her desire to go to all the different cities.”

After kicking off the show in Seoul, the singing sensation will make her way to Ulsan; Jeonju, North Jeolla; Suwon, Gyeonggi; Busan; and Daegu.

The agency promises that fans will be in for a treat, as “IU’s passion and authenticity as a singer will be clear for all to see at the show.”

Tickets for the Seoul performance will go on sale starting April 17 on ticket.interpark.com.