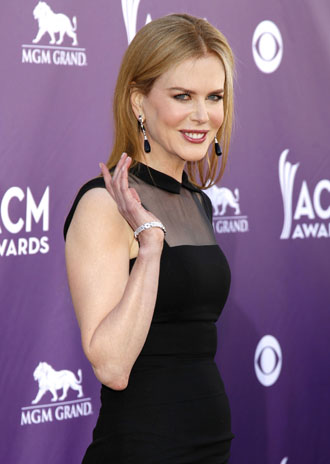 
LOS ANGELES - Australian actress Nicole Kidman is in talks to play the late Grace Kelly, the screen legend who married the prince of Monaco, in a film by French director Olivier Dahan, Variety reported Thursday.

The report said Kidman is in negotiations to play Kelly in “Grace of Monaco,” which Pierre-Ange Le Pogam is producing with writer Arash Amel.

The entertainment daily said “nearly every top actress in Hollywood” is seeking the role and that no deal has been signed yet.

The screenplay by Amel is not a biopic but centers on the period from December 1961 to November 1962.

At the time, Kelly, an Oscar winner and mother of two, had already spent six years as a princess and was called upon to save Monaco from an escalating crisis with France over the tiny monarchy’s status as a tax haven.

Kidman won an Academy Award for her portrayal of author Virginia Woolf in “The Hours” (2002). AFP