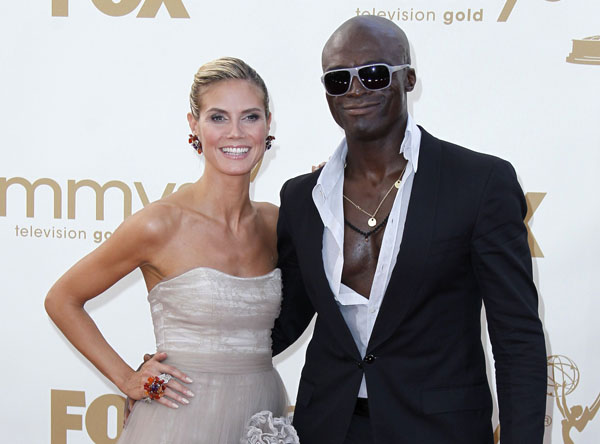 LOS ANGELES - German supermodel Heidi Klum filed for divorce from her singer husband Seal, two and a half months after the pair announced their separation, spokesmen for the pair said.

Klum cited “irreconcilable differences” in her divorce petition filed in the Los Angeles County Superior Court, which shows that the pair signed a post-nuptial agreement, according to the celebrity news Web site TMZ.

The couple vowed to be “civil” for the sake of the children when they announced their split in January, with Seal saying it was “difficult” but made easier because of their continued feelings for each other.

Spokeswomen for both Klum and Seal confirmed to AFP that Klum had filed for divorce, but made no further comment.

In divorce papers published by TMZ, Klum asks for joint legal custody of their four children - two boys and two girls, aged 7, 6, 5 and 2 - but wants primary physical custody, with Seal getting visitation rights.

The legal papers were made in Klum’s married name Heidi Samuel - Seal is listed by his name Henry Samuel - and the German model is asking to restore her maiden name Klum, which she has always used professionally in any case.

The couple married in 2005 and have three children together. Seal, best known for hits such as “Kiss from a Rose” and “Crazy,” also adopted Klum’s daughter from a previous relationship with ex-Formula One boss Flavio Briatore.

They announced their split in a statement issued via Klum’s German publicist, saying, “While we have enjoyed seven very loving, loyal and happy years of marriage, after much soul-searching we have decided to separate.”

Seal echoed that in a television interview.

When asked about a risk that their separation could turn nasty, he said, “We’re just not those kind of people, we never really have been.

“Of course it’s a difficult situation that we have to handle right now, and it’s never easy, but you know, in terms of our love and respect for each other, that hasn’t changed at all.”

Klum and Seal were famous for renewing their vows every year on their wedding anniversary.

But the model raised eyebrows when she attended the Golden Globe Awards ceremony in January without her husband.