Japanese moving to Busan for the sake of their safety

Japanese moving to Busan for the sake of their safety 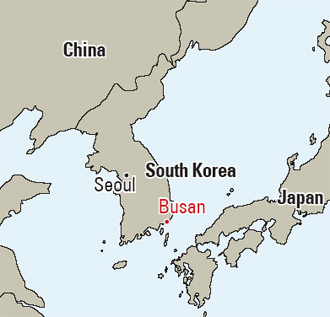 BUSAN - In mid-January, a Japanese man in his 50s and his son in his 30s visited the Haeundae District Office in Busan to see if there were any free Korean language classes for expatriates.

The official asked them why they wanted to learn Korean, as they didn’t look like students.

“My family, including myself, son and grandchildren decided to live in Busan because we are terrified of the natural disasters that have occurred recently,” the elderly man said. “Before moving into the city, we want to learn about Korea.”

The office offered them a free introductory-level Korean class provided for expats every Wednesday.

The family registered their names for a class that starts in April and went back to Japan.

“More and more Japanese are asking about the class since the beginning of the year,” Kim Young-soo, a Japanese-Korean interpreter for the Haeundae office told the JoongAng Ilbo.

“Most of them are also looking for living information such as housing prices,” said Kim.

The Haeundae office said that the area became one of the most popular places for Japanese who are trying to escape the fear of natural disasters such as tsunamis or nuclear reactor accidents because it has a relatively similar climate to Japan and is geographically near the country.

The natural landscape, well-developed leisure facilities and resorts and relatively low prices are additional attractions for the Japanese as well. “Haeundae is a friendly place for me because it is a well-developed city and I don’t feel like an outsider here because I can find other Japanese easily,” said Mayumi Sakai, who has lived in the Haeundae District since 2008.

Other Japanese found Haeundae’s virtue in economics. “With 130 million won [$115,310], I only can buy a 24-pyeong [853.9 square-feet] apartment in Japan, but I can buy a 50-pyeong unit in Haeundae,” Noriko Momoi told the JoongAng Ilbo. “Other prices such as taxi fares are cheaper here than in Japan.”

Haeundae is welcoming the Japanese, trying to provide quality services to help their move. The office has dispatched Japanese interpreters to real estate agencies in Woo-dong and Jwa-dong. They are the most popular regions for the Japanese, as they have many quality villas and multipurpose buildings.

“About three to four families come looking for a house each month,” realtor Goh Jae-il said. “They prefer buying a house over renting it.”

In addition, Haeundae opened up a homestay experience program in March that is designed to cater to the Japanese so they can learn about the Korean way of life before they move in.

The city will provide a free Japanese-language legal advice service. It also plans to have Japanese interpreters in hospitals and put up road signs written in Japanese.

“We’re trying to provide diverse support programs for the Japanese, as we predict the population to increase continuously,” Bae Deok-gwang, the mayor of the Haeundae District Office said.