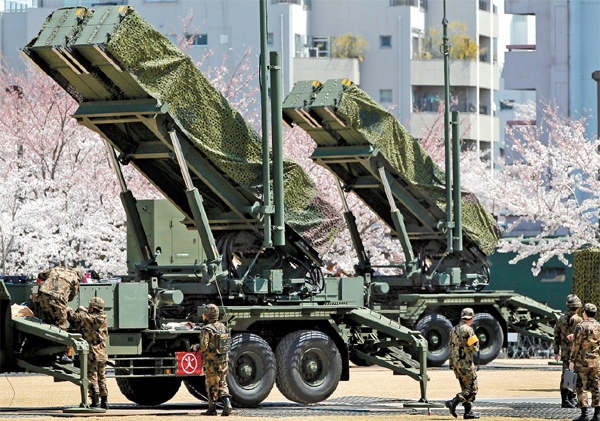 “While international eyes are on North Korea’s plan to launch a satellite in Tongchang-ri, the regime is secretly preparing its third nuclear test in Punggye-ri, Kilju County, North Hamgyong Province, where they previously carried out the first and second tests in October 2006 and May 2009,” the source said on the condition of anonymity. “According to commercial satellite imagery taken recently, North Korea is almost in the final stage of digging a new mine near the two other ones at the nuclear test site in Punggye-ri. “What is notable is that we could see piles of earth and sand near the entry of the new mine, seemingly dug out from below,” the source said. “The amount is reportedly increasing since March.”

A photo taken by the U.S. earth-observing satellite QuickBird on April 1 shows the newly-dug southern mine with piles of earth and sand near its entry at the suspected nuclear test site in Punggye-ri. [YONHAP]


Photos taken by the U.S. earth-observing satellite QuickBird on April 1 provided by the source show three underground mines at the suspected nuclear test site in Punggye-ri. The newly-dug southern mine has piles of earth and sand near its entry.

Citing experts on North Korean affairs, the source said that the regime digs a large mine and refills it right before they carry out a nuclear test.

Building equipment related to nuclear tests or controlling traffic near the suspected site were also considered as evidence.

North Korea conducted its first nuclear test in October 2006, three months after it launched the long-range ballistic missile Taepodong-2, and carried out the second in April 2009 only a month after launching the same type of missile.

“The possibility is high that North Korea will carry out a nuclear test as a response to pressure from the international community after launching a long-range missile,” the source said. “Repeating the sequence of conducting a nuclear test after launching a long-range missile shows their so-called satellite launch is only a cover for developing launch technology for a military missile.”

Speculation has risen about a nuclear test after North Korea’s foreign ministry’s spokesperson said in a statement on March 23, “It would be better for the enemy not to repeat the events that pushed us to conduct a nuclear test.”

Another government source said North Korea has finished assembling all of the three stages of the rocket. “Now they are checking the completed projectile and a blast-off is possible once fuel and an oxidizer are injected,” the source said.

In the runup to the rocket launch, about 30 foreign correspondents have arrived in Pyongyang to observe the launch onsite. CNN, BBC, AP, Reuters, and Kyodo News have received visas and sent reporters to Pyongyang. North Korea invited foreign reporters and other experts to witness the launch firsthand.

“So far, no South Korean reporters have applied for visas,” Kim Hyung-suk, spokesman of the Ministry of Unification told the Korea JoongAng Daily yesterday. “But even if they receive them, they should get approval from the South Korean government.”