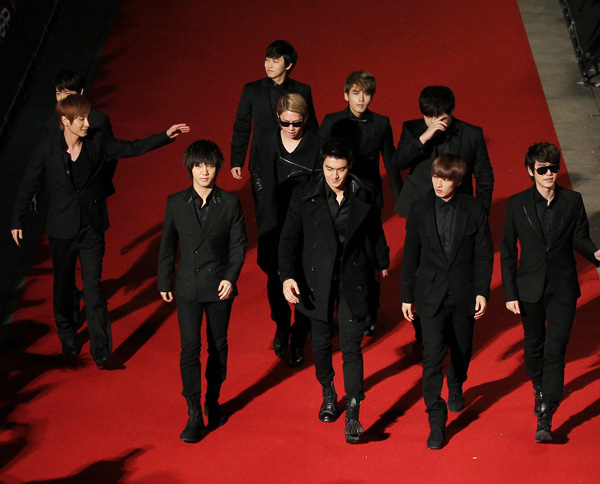 
Boy band wonder kids Super Junior wowed fans from Europe and the world at “World Tour Super Show 4” on Friday in the city of light.

At the band’s first solo concert in the French capital, more than 7,000 fans from Europe, Asia and Africa sang along to the songs sung by the band in Korean. The show cost a hefty 100 euros ($130) per ticket, but despite this, the venue was at full capacity. A moving stage was set up to allow the band to be at eye level with the audience and a 20-meter-tall (65-foot-tall) LED screen showed film clips.

In addition to Hallyu fans, the mothers of Leeteuk, Donghae, and Yesung attended the show at Le Zenith de Paris, which ran for three hours and 30 minutes.

“I never imagined that my son would be performing in Paris. We are so proud of all of our kids,” said Leeteuk’s mother. Meanwhile, Kyuhyun thanked fans, saying, “We are one. It doesn’t matter where you are from or what color your skin is.”

The band will now travel to Shanghai for a show on April 14 followed by a visit to Indonesia to meet fans.