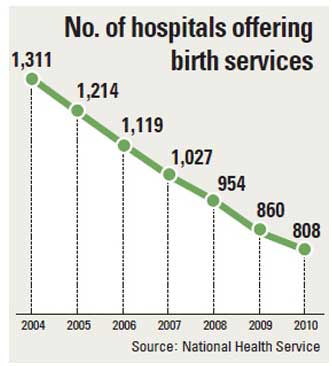 More provincial hospitals are shutting down their maternity wards, obstetric rooms and related services due to the nation’s plunging birth rate, much to the dismay of expectant mothers who now often have far to travel in the case of an emergency.

To make matters worse, few qualified physicians are willing to relocate to Korea’s hinterlands where pay and other working conditions are often inferior to what they can negotiate in big cities, which is further squeezing this area of the medical industry.

A newly-married Cambodian woman living in Baegam-ri, a small village in South Jeolla, is due to give birth to her first child in less than two weeks, but she is already concerned about what will happen if things do not go according to plan.

She used to head to nearby Yeong Gwang General Hospital for her regular health checkups before it halted its delivery services last Friday. Now, she has to make her way to another hospital in Gwangju over an hour’s drive from her home by public transport. 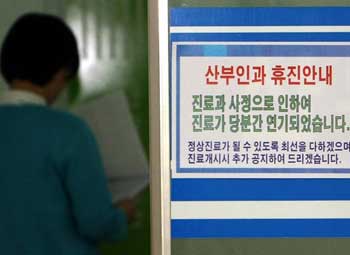 It’s a windy road for the 24-year-old, who must change buses halfway in Yeonggwang Town then take a taxi to the hospital in Chipyeong-dong.

“We plan to have three children, but it concerns us that we’ll have to go through this trouble every time,” said Kim Chan-il, her 49-year-old husband. “This all happened because the hospital in Yeonggwang decided not to offer delivery services anymore.”

Yeonggwang has four registered obstetricians, but only the general hospital ward has offered delivery services for the past five or so years. However, even this ground to at least a temporary halt last week for the first time since 1983, as the resident obstetrician handed in his notice.

In 2010, the hospital came close to suspending its delivery services due to problems finding a qualified doctor before someone accepted the post. However, it wasn’t so fortunate this time.

“We posted a job opening in January but there were absolutely no inquiries,” said Oh Seung-kyun, the hospital’s director.

Such posts are generally hard to fill as there is a higher possibility of medical malpractice suits being filed in this field, while doctors also tend to be overworked and are required to be on call around the clock. Being in a rural location merely adds to recruiters’ miseries.

The government recently laid out a measure to counter the country’s low birth rate and aging society between 2011 and 2015 by issuing an investment plan worth 76 trillion won ($67 billion). However, rural delivery rooms are not given priority in the plan.

Until recently, over 300 babies were born on average each year at Yeong Gwang General Hospital, but this number dropped to 120 last year. One-quarter of all births came from couples living in the immediate county, but mothers would come from as far afield as Gochang, North Jeolla.

According to data released by the Ministry of Health and Welfare, there are 48 cities and counties that have no delivery rooms now, including Goseong and Yanggu in Gangwon.

“We’re worried because there is nothing we can do about it,” said Jung Jin-sook, an official from a public health center in Yeonggwang.