Alec Baldwin stalker says she wants to have his children

Alec Baldwin stalker says she wants to have his children 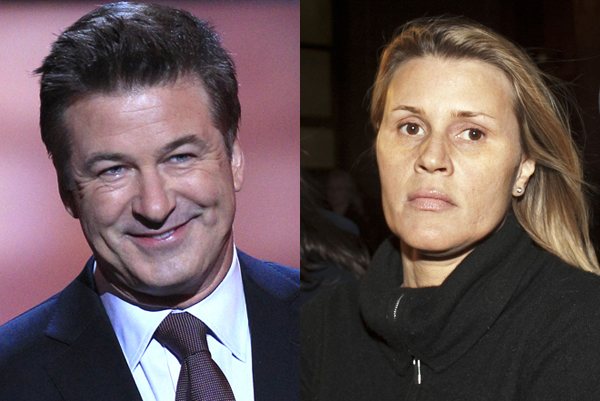 Alec Baldwin and his stalker

Genevieve Sabourin was awaiting a Manhattan court appearance Monday, a day after she was arrested on charges of stalking and aggravated harassment when Baldwin filed a complaint with police.

“As everyone knows, stalking is a serious issue, so we’ve turned this matter over to the New York Police Department,’’ said Baldwin’s publicist, Matthew Hiltzik.

On Thursday, Sabourin showed up at the Lincoln Center for the Performing Arts, where Baldwin was hosting a screening of “Last Tango in Paris,’’ and had to be removed by security, police said.

She was also believed to have turned up unannounced at his home on New York’s Long Island on March 31, and went to his address in New York City, in Greenwich Village, while Baldwin was not there.

The two met a decade ago on the set of “The Adventures of Pluto Nash,’’ where he had a cameo and she was a publicist.

According to authorities, the 54-year-old Baldwin told police that the woman had been sending him e-mails for several weeks, and the notes were disturbing. She professed love for him, begging to have his children and telling him to leave his wife, he said, according to police.

Baldwin recently became engaged to his 28-year-old girlfriend, Hilaria Thomas, a yoga instructor. Baldwin previously was married to actress Kim Basinger. He published a book in 2008 called “A Promise to Ourselves” about his personal experience dealing with divorce and his fight with Basinger over custody of their daughter.

Sabourin is a resident of Quebec. There was no answer to phone calls made at an address believed to be hers in a suburb outside Montreal.