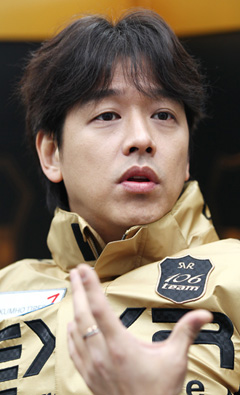 Just a day after Hallyu actor Ryu Si-won’s pending divorce was made public, on April 10, an attorney for Ryu’s wife has spoken about the terms that the former wife wants as well as other details.

“For the reason for the divorce, Jo Soo-in decided to leave it blank, as a sign of respect toward her celebrity former spouse. The speculation that she asked for the divorce because he is a drag racer is untrue,” said the attorney.

“As a mother, of course she believes that custody of the couple’s child should remain with her. Thus she has asked for full custody, this is the condition that she prized above all else.”
The lawyer also said that it is possible that the couple may come to an agreement that suits both parties, “depending on how Ryu reacts.”

The former wife of the entertainer is currently residing with her parents and the couple’s daughter.