UN council to meet prior to launch

UN council to meet prior to launch 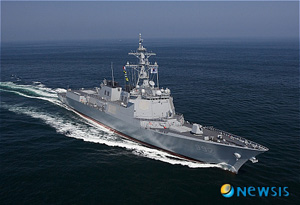 “Either or both developments would be a blatant violation of North Korea’s international obligations under Security Council resolution 1718 and 1874,” the current president of the UN Security Council said on a CNN talk show on Monday.

“In the Security Council in New York, I anticipate that the council would convene to discuss this and to respond in a credible fashion, both to the missile launch and to any potential additional subsequent actions.”

During the previous missile tests in 2006 and 2009, the council was held on the day of liftoff. 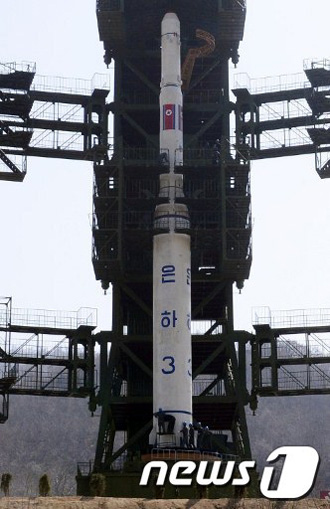 Rice also said that the council is exerting pressure on China to stop its close ally from launching the rocket, which the international community sees as a disguised test of a ballistic missile because the launch technology for a missile and satellite is nearly identical. But the North insists the rocket will carry a working satellite.

“Our view has been to underscore, using the channels on the weekend .?.?. to North Korea that there is nothing to gain but only further isolation should they go ahead with this,” Rice said. “China is among those in the best position to convey that message to North Koreans, and we’ve urged them to do so.”

Victoria Nuland, the spokesperson of the U.S. Department of State, also said at a daily press briefing Monday that the international communities should join the move to pressure China to urge the North to scrap the launch plan.

“We believe in particular that China joins us in its interest in seeing a denuclearized Korean Peninsula, and we are continuing to encourage China in particular to act more effectively in that interest,” Nuland said. “We are continuing to urge all of the countries that may have an influence on the DPRK, most notably China, to continue to use that influence to make clear that they also disapprove of this and think it would be a bad idea and will just further isolate the DPRK.”

“The two defense ministers had about a 30-minute-long phone conversation this morning,” a defense ministry official told the JoongAng Ilbo yesterday. “They agreed that North Korea’s missile launch is an apparent provocation to be responded strictly to and determined to put their efforts toward defense of the Korean Peninsula, while closely watching North Korea’s actions.

“Both also reached an agreement on the fact that North Korea’s long-range missile test is a violation of an international obligation and UN Security Council resolutions, and shared some opinions for developing mutual assistance,” the official added.

But the official refused to give details on the mutual cooperation.

However, both countries won’t shoot down the North Korean rocket, although they are technically capable of doing it.

“We are able to intercept the North Korean rocket right after it is launched, using the ship-to-surface missile on the U.S. Aegis destroyers mobilized recently near the Korean Peninsula,” a South Korean government official told the JoongAng Ilbo yesterday on the condition of anonymity. “But we don’t have any cause to do it, because the regime has officially displayed the satellite.

“In case the rocket deviates from its orbit and falls into South Korean or Japanese territory, we will mobilize all of our missiles and shoot it down,” the government official said.