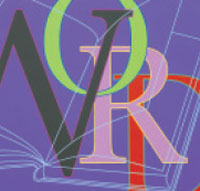 To April 29: This is the solo show of Michael Craig-Martin, 70, who is often called a pioneer in the world of conceptual art.

Most of the works on display are paintings of big alphabet letters and everyday objects such as a can, a lightbulb and a hanger rendered in vivid colors such as pink and yellow. The show features 19 of his latest paintings and one sculpture - a three-meter-high (10-foot-high) blue hammer of steel.

He created the paintings by arranging around 200 computer-generated images of objects and filling them with some of his 20 favorite colors.

Asked why he is working with a limited number of words, colors and images, he said at a press conference last month, “We use only a few words among many. Still, we can make subtly different meanings. It rings true for my works.” 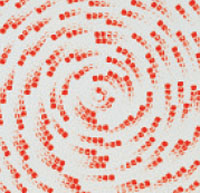 To May 13: This exhibition traces the stream of Korean monochrome paintings from the 1970s to the present day.

The exhibit features more than 150 paintings by 31 local artists. Among the participants is Kim Whanki, one of the most important figures in the country’s modern art narrative, best known for abstract paintings with numerous dots, mainly in cold tones. Also included is Lee U-fan, an artist who is widely recognized internationally.

DO HO SUH: HOME WITHIN HOME

To June 3: This solo show of Do Ho Suh, now one of the hottest Korean artists in the international art scene, features 43 of his works, including drawings and video. A good number of the works are sculptures and installations related to homes, most of which have only rarely been shown in Korea due to the difficulty of exhibiting such large pieces.

Among the works on display are life-sized sculptures made of translucent fabric, a model of a hanok (traditional Korean house), recreated apartment units, the facade of a Western-style building and other structures.

These spectacular sculptures feature surprisingly elaborate details, ranging from the decorative frames of the hanok’s doors to a basin in the apartment. But at the same time, they look like holograms or ghosts due to the ethereal quality of their materials. All of them represent the past homes of the 50-year-old artist, who has lived a nomadic life around the world, with bases in New York and London.

Admission is 7,000 won for adults. A day pass that includes admission to the museum’s permanent exhibitions is 13,000 won.