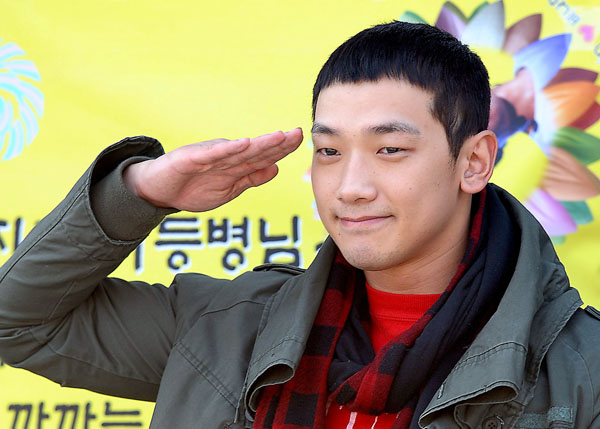 Singer and current military man Rain was present at the Military Manpower Administration in Seoul on April 10 where he was appointed a new position as the PR ambassador for the military.

At the event, attended by a throng of press, Rain was asked the question of whether he had any plans to undergo surgery for double eyelids.
“I wouldn’t say never. I think I’ll seriously think on it when I get older,” said the singer.

As the Korean military’s PR ambassador, the singer will take part in various events and festivals to be held for the soldiers, including events for the new recruits.

After serving in the Recruit Training Center, Rain was transferred into the Army’s PR division in Feburary, where he is currently serving now. Rain will be discharged from the military on July 10 of next year.