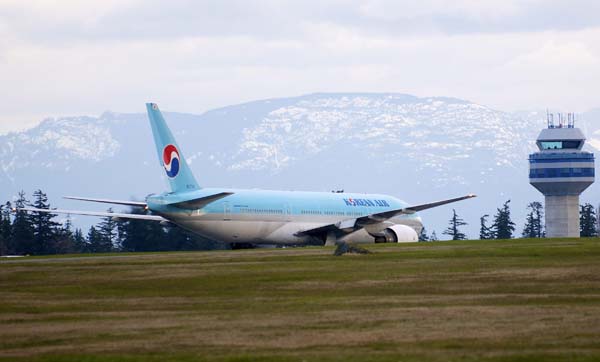 A Korean Air Boeing 777 is parked on the runway of a Canadian Forces base in Comox, British Columbia after an emergency landing on Tuesday. The plane, en route from Vancouver, British Columbia to Seoul, diverted to Comox on Vancouver Island under escort by two U.S. fighter jets after the airline’s U.S. call center received a call about a threat on board. An airline spokeswoman in Korea said all the passengers and crew were safe and that the airline was conducting a safety inspection and would evaluate a new departure time. [AP/YONHAP]